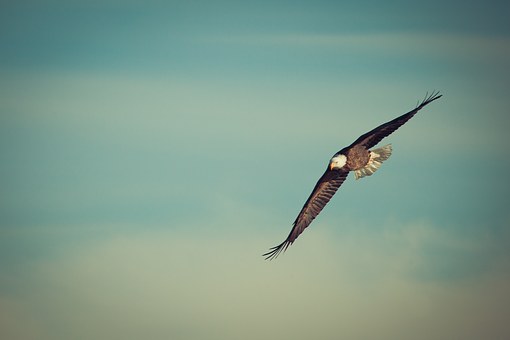 Winter’s over or just about and there is a lot I won’t miss – like putting on all the winter duds – coat, hat, boots, gloves – before even going outside, for example.

Or those cold winds whipping snow against the house, filling the driveway and walkways with the white stuff; beautiful to be sure, but a nuisance as well.

What I will miss are the eagles.

We’ve had them before in winter. Some winters we would see them just once, like the time we had a carpenter reshingling the side of the house and he called to us, pointing at the tallest tree around. And there at the top was an eagle – not for long – because crows and other birds were attacking it, doing nothing more than annoying it to be sure, but that was enough. The eagle flew out of the top of the tree and disappeared.

Sometimes there were just rumors that there were eagles flying around our tidal estuary, looking for an easy meal.

Only once we saw one of the eagles dive into the river mouth, but a building blocked our view. Did it catch a fish? duck? A gull? We never knew.

But mostly we would see an eagles white head and tail feathers, circling and once we saw the eagle mount higher than any bird I have ever seen.

Were the pair spending the winter around our tidal river and estuary? Or were they the pair, as a wildlife biologist friend suggested, seen on the York River 7 or 8 miles south? “They have a big territory,” he pointed out. I’m sorry they don’t stick around.

I assume they are gone now, back north where fewer people will be this summer; to a place where the fish are plentiful and the living is easy.