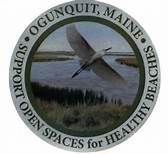 Portland and South Portland, sizable cities for Maine, have been working on similar ordinances for a while now. Recently, the South Portland City Council approved a proposed pesticide ordinance that like Ogunquit’s bans chemical pesticide use on town and most private lands, excepting golf courses and agricultural businesses.

Harpswell residents passed their pesticide ordinance crafted by their Conservation Commission some weeks ago. Harpswell’s pesticide ordinance bans the use of neonicotinoids, within 250 feet of the annual high tide or mean high tide for tributaries and steams. These are chemicals that act on the central nervous systems of insects, and some studies have shown are harmful to pollinators, like bees.

Other chemical pesticides are apparently allowable in the Harpswell ordinance outside of this 250 foot demarcation, aside from those that harm shellfish and lobsters.

A number of Maine towns have partial bans on chemical pesticides. Most of these have to do with the use of such pesticides around drinking water sources, the use on right of ways or along highways, and aerial spraying.

And some towns with no ordinance restricting chemical pesticide use, such as Cumberland, have elected to use naturally derived pesticides on such harmful insects as the Browntail moths.

People are beginning to realize that there are safer, and in the long run, cheaper means of having insect free lawns and gardens. Too many studies have linked chemical pesticides to serious health problems in our children, adults, and pets.